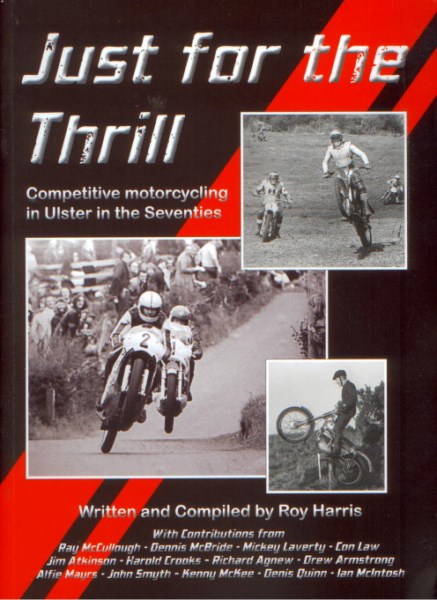 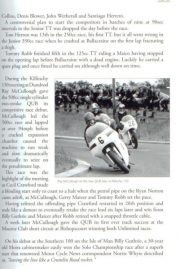 JUST FOR THE THRILL – NEW

JUST FOR THE THRILL
WRITTEN BY ROY HARRIS

The Seventies has long been recognised, both by those who competed and those who watched, as a remarkable period for competitive motorcycling in Northern Ireland and is looked back on with fond nostalgia by hosts of motorcycle fans.
Packed with extensive reviews of events, over 400 black and white photographs and a series of essays by some of the leading characters of the time like Ray McCullough and Dennis McBride where they share their memories of the sport, Just for the Thrill captures the high points and low points of the three main branches of the sport – Racing, Motocross and Trials – through the decade and will be a must have for any fan of motorcycle sport.