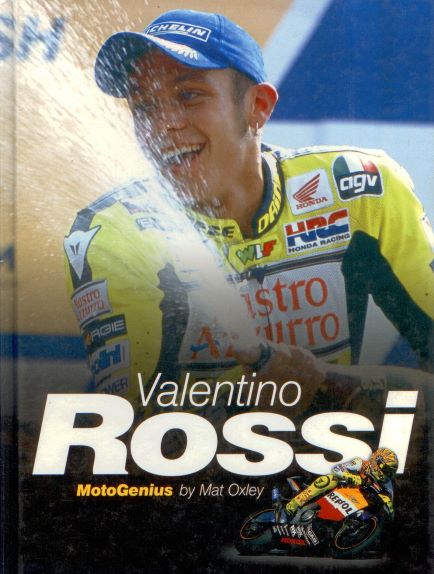 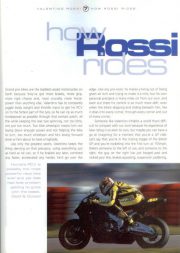 Here is the story of Valentino Rossi, arguably the greatest motorcycle racer ever. The cheeky-faced Italian is being hailed as a sublime talent. Aged 22, he has conquered the three Grand Prix World Championship titles in just five seasons, winning the 125 crown in 1997, the 250 crown in 1999, and the 500 title in 2001. This autobiography covers why he grew up so fast and so funny, with input from his parents (his father was a Grand Prix winner in the 1970s). A year-by-year career history is included, from riding minibikes aged 10 through to the 2002 Grand Prix season – the victories, the defeats, the rivals, the crashes. Infamous Rossi hairstyles, happenings and phrases are also covered.

The book is used, but it is in a very good condition, hard cover, 144 pages, English text.