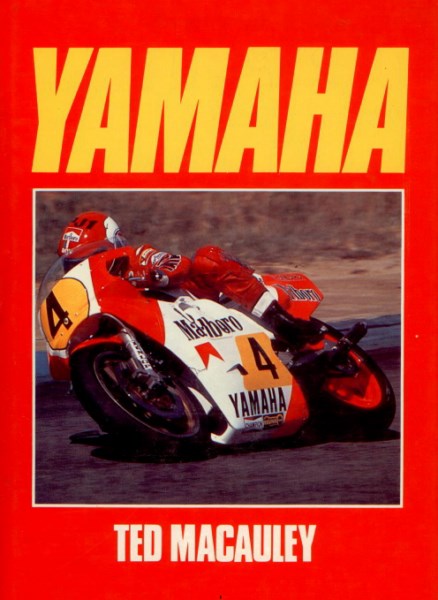 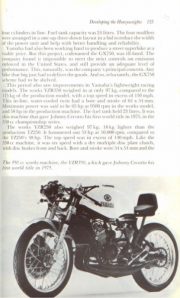 The finer arts of motor cycle sport in all branches and at all levels have never been more brilliantly demonstrated than by Yamaha and the men who have ridden the machines with the famous tuning fork symbol.
Names that have become legend : Kenny Roberts, Jarno Saarinen, Giacomo Agostini, Barry Sheene, Heikki Mikkola and Hakan Carlqvist have made the marque legend; men like Phil Read, Bill Ivy, Mike Hailwood, Jim Redman, Hugh Anderson, Tommy Robb sett the race scene alight.
It is all captured here. Ted Macauley, Mike Hailwood’s manager for ten years, goes behind the scenes and into a world not open to non-factory personnel. The result is a unique view of a mammoth Enterprise, a thrilling slice of racing history, and a hard look at the tough business of Grand Prix and Moto Cross Competition.

CONTENTS :
Torakusu Yamaha and the birth of a legend
Enter the Red Dragonfly
Contesting the classics
Phil Read and the 1964 250-cc championship
Triumph for the lightweights
The age of the privateer
Jarno Saarinen and the Monza tragedy
Giacomo Agostini, superstar
Developing the heavyweights
The legacy of five
Return to Grand Prix
Specials : Kel Carruthers and Kenny Roberts
1978 : A hat-trick of championships
Moto-cross
Pro-Am
Appendix : The development of two stroke motor cycle engines

The book is used, but it is in a very good condition, hard cover, 283 pages, English text.